This chapter describes how a 7 segment display interfacing with pic microcontroller is being worked out. Seven segment display modules are not a recent invention as it’s first applications were dated back as earlier as in 1910. 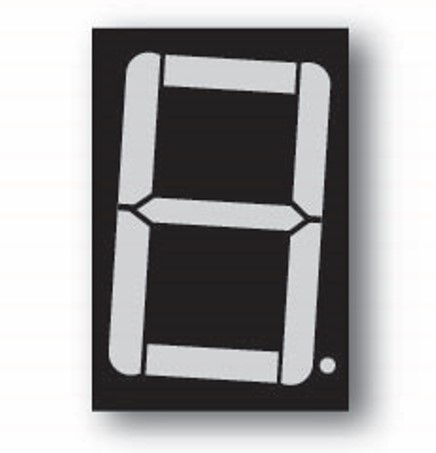 Each LED segment has one of its pins brought out of the rectangular package. Other pins are connected together to a common terminal.
Seven segment displays can only display 0 to 9 numbers. These seven LEDs indicate seven segments of the numbers and a dot point. Out of many types of segment displays available, this is the most common form.

Seven segment displays are seen associated with a great number of devices such as clocks, digital home appliances, signal boards on roads etc. 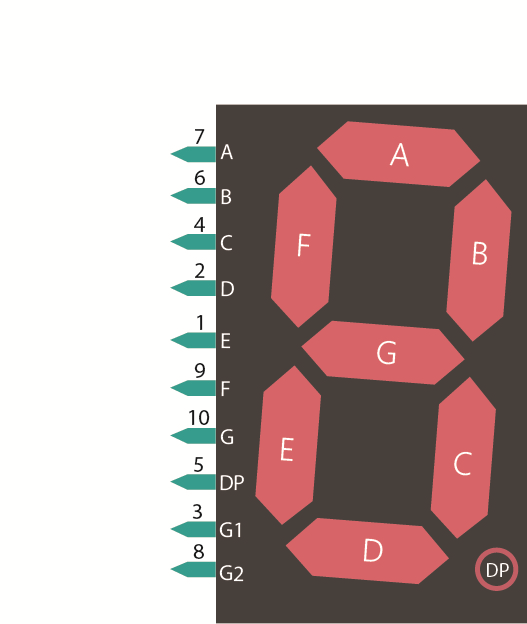 As mentioned in previous paragraphs, seven segment displays come up with two different configurations. They are the common anode and a common cathode. One pin each from each segment is connected to a common terminal. According to the pins which are connected to the common terminal, the seven segment display is categorized as a common anode and common cathode.

In this type, the anode is common. It should be connected to a high voltage (to the supply through a resistor to limit current). In order to turn on a particular segment, a ground level voltage is given to the corresponding pin. Since logic circuits can sink more current than they can source, common anode connection is used most widely. 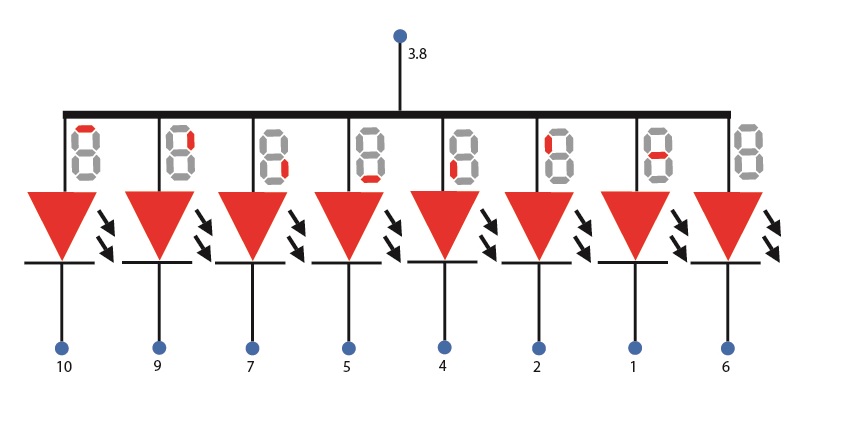 As the name indicates, its cathode is connected to a common terminal. Below is the schematic diagram to indicate its common cathode structure. It should be connected to the ground while operating the display. If a high voltage is given to the anode, then it will turn on the corresponding segment. 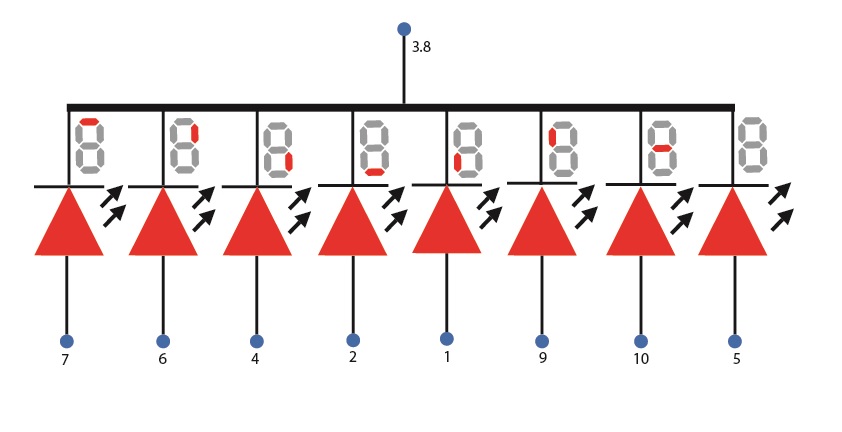 Display codes are the voltages to be applied to the segments to display a number. It is in the order of segments ABCDEFG(DP), total 8 bits. For example, below is the common cathode display code of ‘0’ with decimal point OFF.

Below is a table with display codes of all the digits with decimal point OFF. 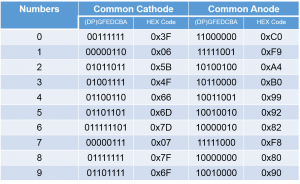 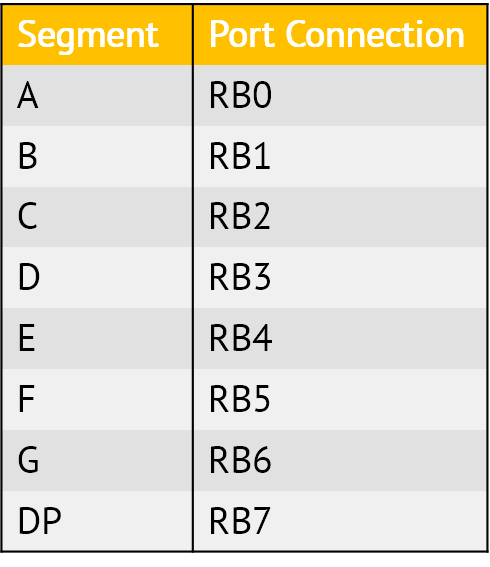 This is the connection diagram, Port B is connected to different segments. Please see the above table to see each segment’s connection to the port pin. 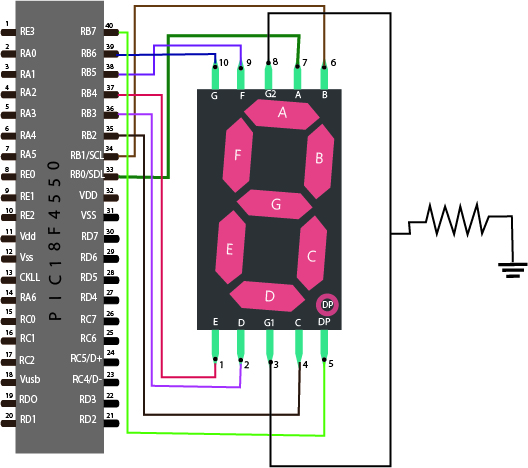 In order to display 0, we first need to set the port B as output. Then, send the display code for 0 in port B. Here we use a common cathode display.

The design we used has a drawback. It sources current from the microcontroller port directly. The maximum output current sourced by any I/O pin is 25mA and maximum current sourced by all ports is 200mA in the case of PIC18F4550 (These maximum values can be obtained from electrical characteristics of datasheets section). If we are using many devices to interface directly without driver circuits, chances are that you are exceeding this limit.

To avoid this condition, we can use a transistor driver in each of the segment lines. We can use either PNP or NPN transistors. In the case of PNP, the display codes should be inverted because PNP transistors turn ON by applying a LOW signal (i.e., for common cathode, use common anode’s display codes). The transistor acts as a high current switch when voltage and current levels are in the correct range with the switch being controlled by the lower current digital logic signal. In most cases, the transistor used is a BJT, especially in the case of low voltage circuits.

Here we can turn on the segment by giving a high in transistor base. In the case of PNP transistor, we need to give a low voltage for turning on. 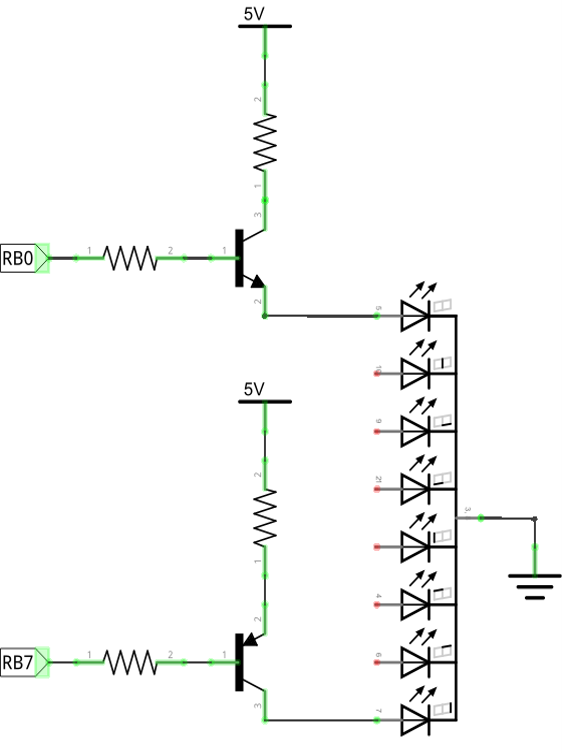 One example of this type of IC is MAX7219, a serial I/O common-cathode display driver. It can interface up to eight 7-segment displays at a time. The communication with MAX7219 is achieved through a 4-wire serial interface. External components can be minimized using this type of drivers, in this case, we need only one external resistor.