Here we are discussing various aspects of 16*2 Character LCD Interfacing with PIC Microcontroller in 8-bit Mode. A character LCD is the most basic form of an electronic display device which is widely used. The module will consist of 2 rows each with 16 columns which can display 16 characters. Already discuss LCD in4-bit mode in the chapter 4-bit LCD interfacing with pic microcontroller

Several other LCD modules are also available like 20×4 dimension LCD which can display 20 characters per line and 4 such lines would be available. The choice for the module depends on the requirement.

The main advantage of using a character LCD instead of a seven segment display and other multi-segment LEDs is that there is no limitation in displaying special & custom characters animations and so on. All character LCDs will have 16 pins among which 8 are data pins through which data or commands are passed into the LCD registers. A character LCD can be configured in 8 bit or 4-bit mode in which 8 data pins and 4 data pins are used respectively. This feature allows efficient use of the digital I/0 pins of the microcontroller.

The features of a character LCD module make it more suitable as an electronic display than 7 segment displays and other multi-segment display modules. Most importantly the module can be interfaced much easily unlike other modules with no complexity in both hardware and software. The 4-bit mode interfacing of the LCD module enables an efficient method of saving the number of general purposes I/O pins which is a major criterion for an embedded system designer. There is no limitation in characters which can be displayed using the module. The contrast of the module can be adjusted using the VEE pin of the module and LED backlight which makes the display more bright can be enabled with LED+ and LED- pin.

The RS (Register Select) pin of the LCD module is used to select the specific register. When RS is low, the command register is selected and when RS is high, data register is selected. State of R/W pin determines the operation to be performed whether to read or write data.

All instructions to be executed by the LCD are latched into the command register of the LCD. LCD commands include a clear display, the cursor on/off, display shift and so on.

Commands are instructions given to the LCD module to perform a predefined task. The task to be performed is defined by the manufacturer. Some of the LCD commands are listed below.

The rest of the commands can be obtained from the device datasheet.

The register select pin of the LCD module should be connected to a general purpose I/O pin and the corresponding pin should be made low. R/W pin should be grounded to select the write operation. The command register will not be accessed.
Enabling the LCD would latch in the value of the data port into the command register of the module. Enabling the module involves applying a high to low pulse to the Enable pin of LCD.

RS, R/W, Data_PORT, and Enable_pin should be macro defined in the firmware.

RS, R/W, Data_PORT, Enable_pin should be macro defined in the firmware. 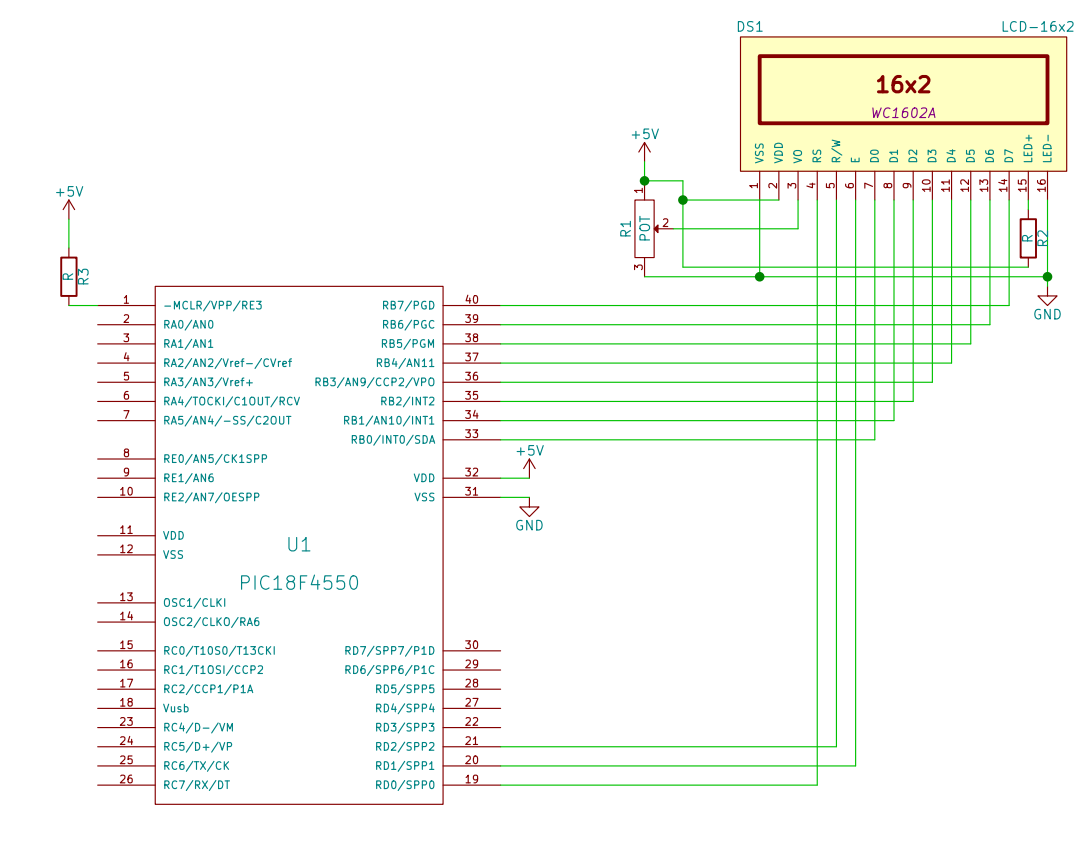