Stepper motors are working on the same principle of dc motors. It is a synchronous dc motor which moves in discrete steps to complete its rotation. Normally, each step moves 1.8 degree and therefore a total of 200 steps for a rotor to finish a single rotation. Unlike normal dc motors, it contains multiple stator magnets used to trigger each step. Apart from 1.8 degree, stepper motors with step angle 30, 15.5, 2.5 and 2 are also available. The stepper motor completes it’s each revolution with each step completely controlled by the controller which is followed by a driver circuit. Because of the high precision properties, stepper motors are highly preferred in motion control application such as robotics. 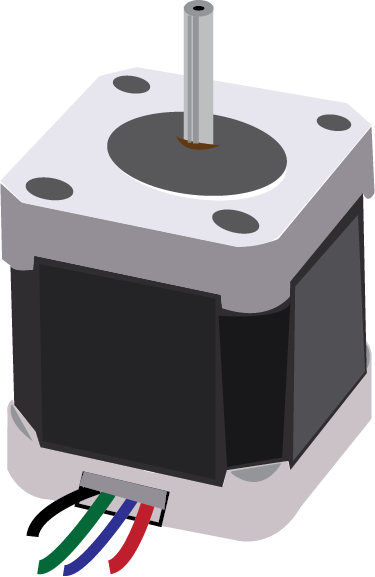 Mainly there are four types of stepper motors:

PRINCIPLE OF OPERATION AND WORKING

The basic principle behind the working of a stepper motor is electromagnetism. Since stepper motors are working under the same principle of a dc motor, they are normally regarded as dc motors. But unlike dc motors they have multiple stator coils which are called phases. By energizing each phase in a controlled manner or with a predetermined pulse sequence, the motor completes its full revolution with one step at a time. We can achieve motion in more precise and controlled manner with the help of a control circuitry.

Similar to any other motor, a stepper motor has a rotating part which is aptly called a rotor and a static part termed stator. The stator and rotor have magnetic poles. By energizing the stator poles, the rotor moves in order to align with the stator. A rotor is a central gear-shaped piece of iron. The stator is a set of toothed electromagnets arranged around the central gear. 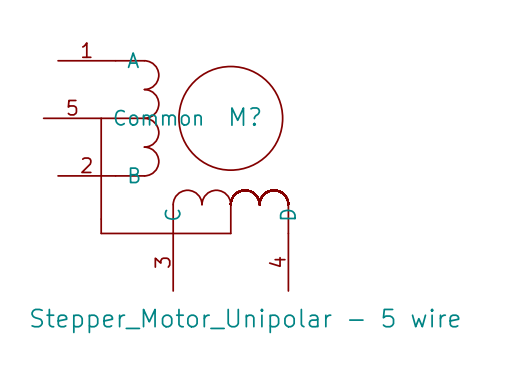 In a bipolar stepper motor, there is a single winding per phase. This makes the driver circuit lot more complicated while reversing the magnetic poles which in turn reverses the current in the winding. Usually, an H-Bridge arrangement is used to do this task. One can also purchase simpler driver chips to make the task less complicated. 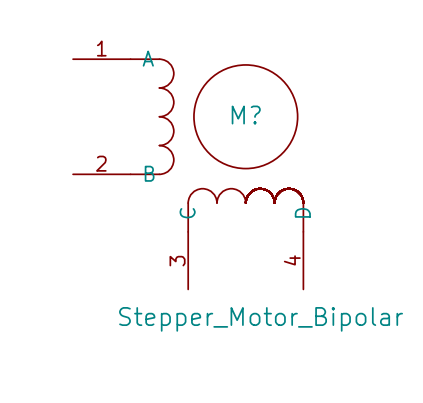 In full step operation each step has a movement of 1.8 degrees and hence it takes 200 steps to complete a full revolution. This is made possible by energizing either single of stator winding or two phases. Since the two phases are energized at the same time in the dual phase operation, torque and speed are greater in this kind of operation while the single phase operation requires a lower amount of power from the driver circuit.

There are two types of full step mode:

In one step mode/ wave step, the motor is operated with only one phase energized at a time. This mode of operation requires a small amount of power.

In dual phase mode, the motor operated in both phases get energized at the same time. This mode provides more torque and high-speed performance. But this mode requires twice the amount of power used in one step mode.

The rotor moves through half the base angle in a single step which results in improved torque than single phase full step operation. Also it doubles smoothness of rotation and resolution.
In half step mode, they have only half the basic step angle when compared to full step mode which results in more precise motion control and smoother motor performance. Resolution is also increased. But in this mode, motor produces less torque compared to other modes. 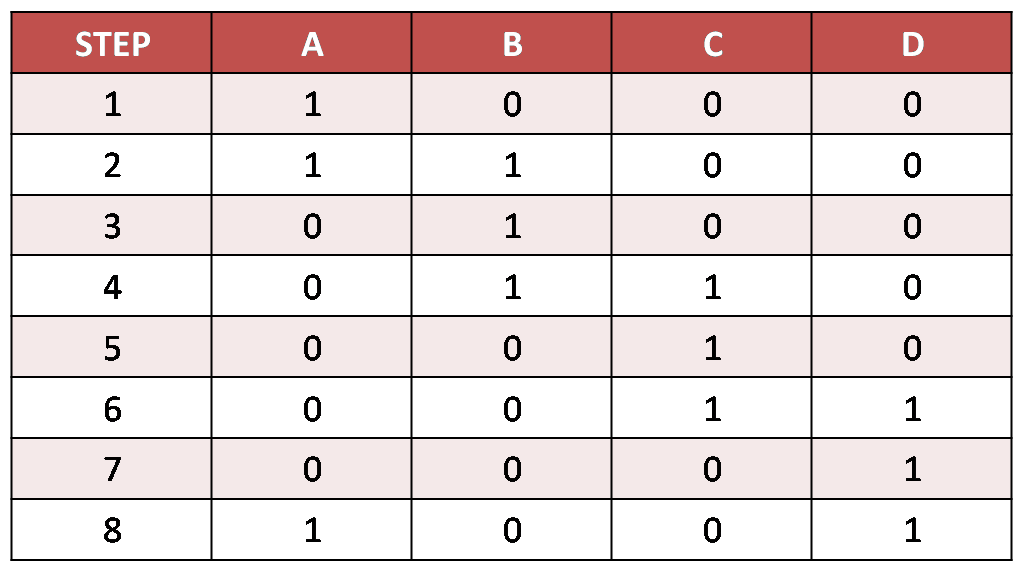 In the micro step mode, it divides the motor steps up to 256 times which improves the low-speed smoothness and low-speed resonance effects. But in this mode, the motor produces less torque compared to other modes.

The stepper motor phases are completely controlled by the microcontroller. But it cannot be controlled directly because the controller is not capable of supplying that much amount of current directly. So it can be achieved using a driver circuitry. Commonly ULN2003 and L293D are widely used for simple stepper motor driving applications and there are specialized ICs for driving large and complex applications.

Below is the circuit diagram for the Bipolar stepper motor. Here we used a ULN2003 driver to interface it with PIC18F4550.

Bipolar stepper motor contains two coils without a center tap. The driving method is different from Unipolar, it needs the current reversed to change the direction of rotation. So we can use an H-bridge for driving Bipolar stepper motors. L293D is a commonly used H-Bridge motor driver.

Below is a sample firmware for generating step sequence. For full step sequence, there are four steps. Refer the table provided in the above section.

The same idea can be used to generate other step sequences for both unipolar and bipolar stepper motors.