LED blinking is the most basic project with a microcontroller to see a physical output. One can understand the concept of input-output configurations of the general-purpose I/O port in a microcontroller with the simple LED blinking project. The LEDs are simple electronic display units available. This tutorial will explain the method of interfacing LED with 8051 microcontrollers and to develop a c code for blinking the same. 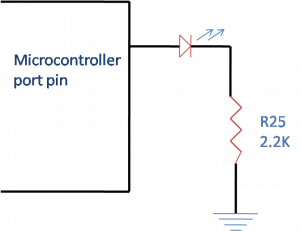 The beginning of the code should include header file reg51.h which is common for 80C51 controllers. By default, the ports of 8051 microcontrollers are configured as the output.

In the main function, the PORT in which LEDs are connected is loaded with 0x00 and 0xFF with a small delay in between. This part of the code is enclosed within an infinite loop for the continuous execution of the program.

The delay function at the end creates a nominal delay in blinking the LEDs. The accurate value of time delay could be calculated with the known value of instruction execution time but is not done here since it is beyond the scope of this article. Each time when this function is called in main a delay is generated.

The delay function should be declared at the top before the main. 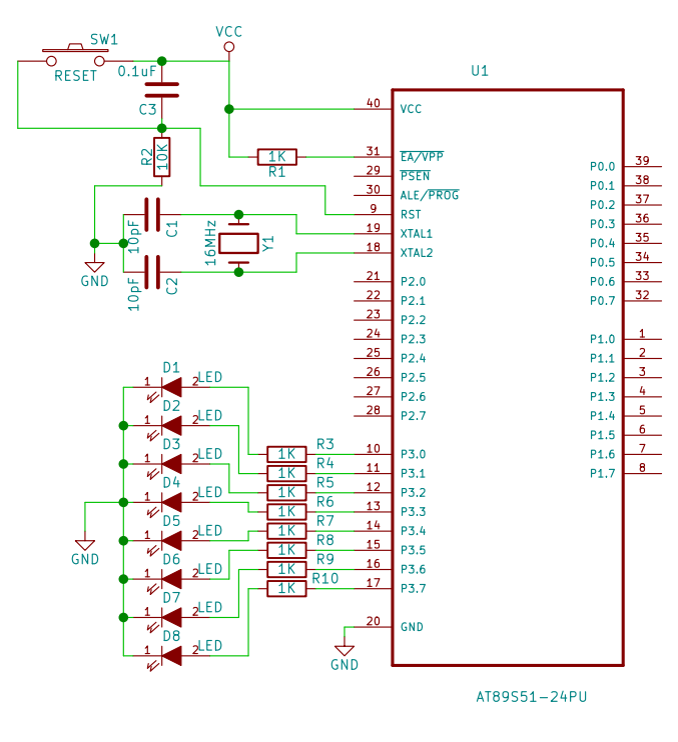 Here is the circuit diagram of the AT89S51 interfaced 8 LEDs to Port3 of the Microcontroller. All the LEDs are driven through resistors for limiting current. In this microcontroller, pin source current is limited to 10mA per pin (please refer datasheet, IOL). So even if the resistor is not provided with LED, there will not be any damage to the LEDs.