Seven segment displays are the simple form of displays used to display decimal numbers. They come into picture when there is a need for counting like applications in the projects. Seven segment board contains 4 displays and it can be interfaced to any port using the FRC cable provided with the OpenLab. It needs two ports for operating the board, one for selection and another for segment control.

Seven segment display board contains 7 segments and a decimal point. Each data port represents a segment in the display. The segments are controlled through the firmware. The pins are configured in active low. The first pin represents A, the second pin represents B and so on. 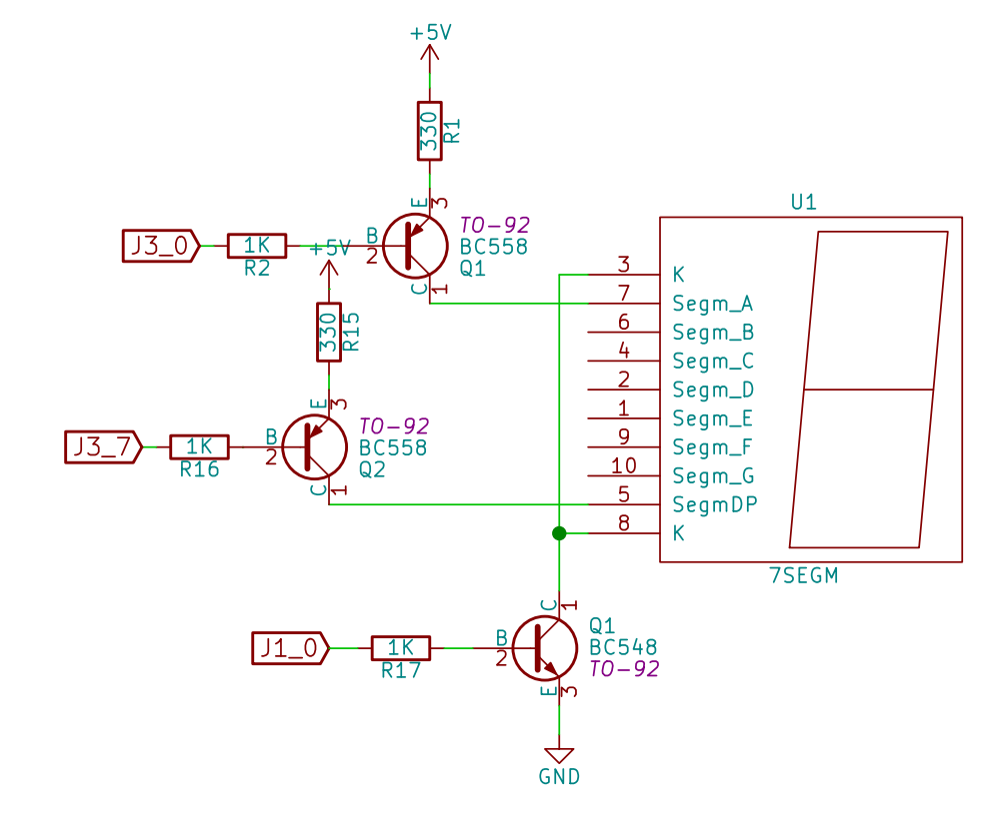 Display codes for the digits are given in the below. 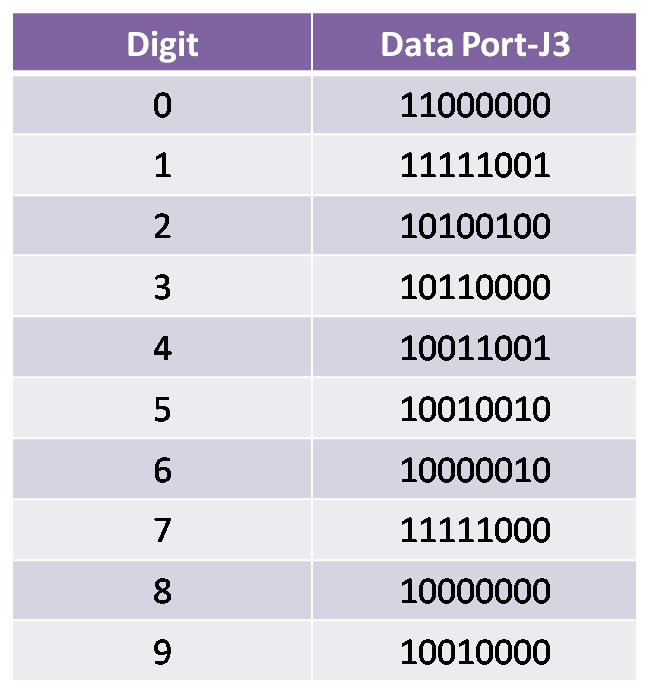 J2 pins are active high. Giving High on the bit will enable the seven segment.
NC – No Connection

There is a power header available in this board, J6. This can be used to test the display.

Seven segment display board is one of the output devices shipped with OpenLab usually used to display the numerical values using the seven segments. The board consists of 4 seven segment modules namely U1, U2, U3, and U4. All the other control circuits are included in the same board including the connectors. 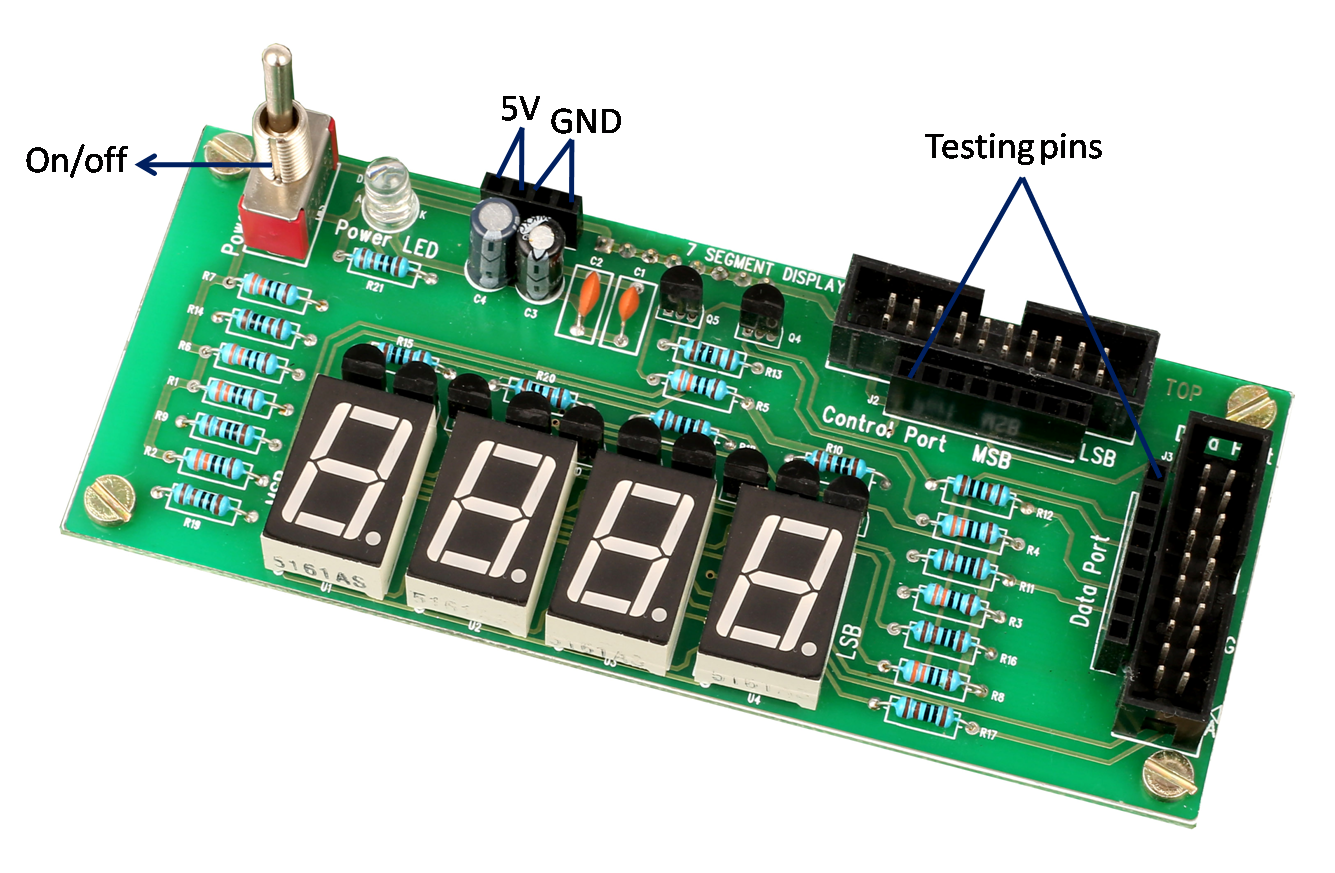 The above image shows the seven segment peripheral board on OpenLab. The board is activated by turning on the switch on the top left side. The seven segment board is controlled by port A and port D by default. The strip on the top provides 5V and GND.

Then connect the data port to port D using FRC cable. The data port is controlled by port D by default and can be altered with the help of the program.

These two port strips are used for debugging purposes. After completing the connections, the output should be displayed on the board.