Relays and actuators are important hardware parts of an embedded system. While an actuator acts as a device which helps to bring about necessary mechanical movements a relay basically works as a switch. Relays are used instead of switches because of several of their advantages over the mechanical switches which will be discussed here in this chapter. So this chapter will tell you more about actuators and relays.

As mentioned above, actuators are devices which bring about necessary mechanical movements in a physical process in a factory. Actuator constitutes two distinct modules which are the signal amplifier and the transducer. While the amplifier converts the low power control signal into a high power signal the transducer converts this amplified signal into the required energy form.

Since the function of an actuator is similar to a transducer itself, actuators are classed as transducers. Just like a transducer, actuators convert an electrical signal into a corresponding physical quantity such as movement, force, sound etc. Actuators are normally operated by a low voltage command signal.

Based on the number of stable states the actuator output possess, actuators are classified as binary or continuous devices.
A relay is regarded as a binary actuator as it has two stable states. Relays are either energized and latched or de-energized and unlatched. Meanwhile, a motor is considered as a continuous actuator as it rotates through a full circle. Apart from the relays, lights, motors, and loudspeakers are also the most common types of output devices.

Switches are very commonly used devices but they have several disadvantages when compared to other similar devices available in the market. One of the main disadvantages is their comparatively larger size. Another main disadvantage is that these switches have to be manually turned on and off. In order to overcome these drawbacks of switches, relays are used. Relays are those devices which can be turned on/off by the application of a low voltage across the relay terminals.

Relays are commonly found in automatic control applications as they are able to control an equipment with the help of electric signals. According to the mode of operation, relays can be classified as normally open and normally closed. In the normally open relays, the contacts are connected when the actuation terminals are energized while in normally closed relays, it is connected to the power supply when the relay actuation terminals are not connected. There are relays with high current capacity and they are called contactors. 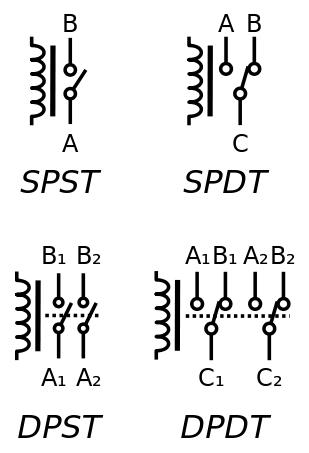 A relay has electrical and mechanical components and therefore can be regarded as an electromechanical device. such a device consists of three contact terminal known as common (COM), normally closed (NC) and normally opened(NO). In order to control the electric circuit, the relays close and open these contacts. An electromechanical relay consists of three terminals namely common (COM), normally closed (NC) and normally opened (NO) contacts. These can either get opened or closed when the relay is in operation. 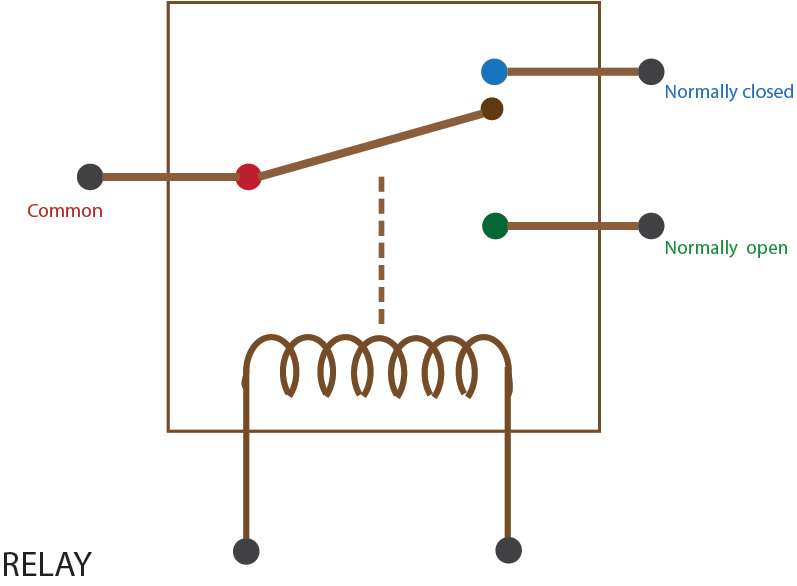 Electromechanical relays can work on both AC and DC supply sources. Even though there are several differences in the constructional aspects, both the AC and DC relays work on the principle of electromagnetic induction. One of the major differences is that the AC relays have special circuit arrangement to provide continuous magnetic field as in an AC relay, the demagnetization of coil happens each time it reaches the current zero position.

As is suggested by the name itself, the induction type electromechanical relays are working on the principle of electromagnetic induction and they can only work with AC sources. The force required for the operation which is otherwise called the actuation force is developed as two alternating magnetic fluxes interact. These types of relays are again classified into shaded pole, induction cup type, and watt-hour meter type relays.

Solid state relays came into existence as an answer to several drawbacks of electromechanical relays. The limitations of electromechanical relays include limited contact cycle life and high expenses to build. Besides, it switches very slowly and when it comes to larger power contactor relays, these limitations become more obvious. The solid state relays make use of TRIAC or transistor output to switch the controlled power, replacing the mechanical contacts. 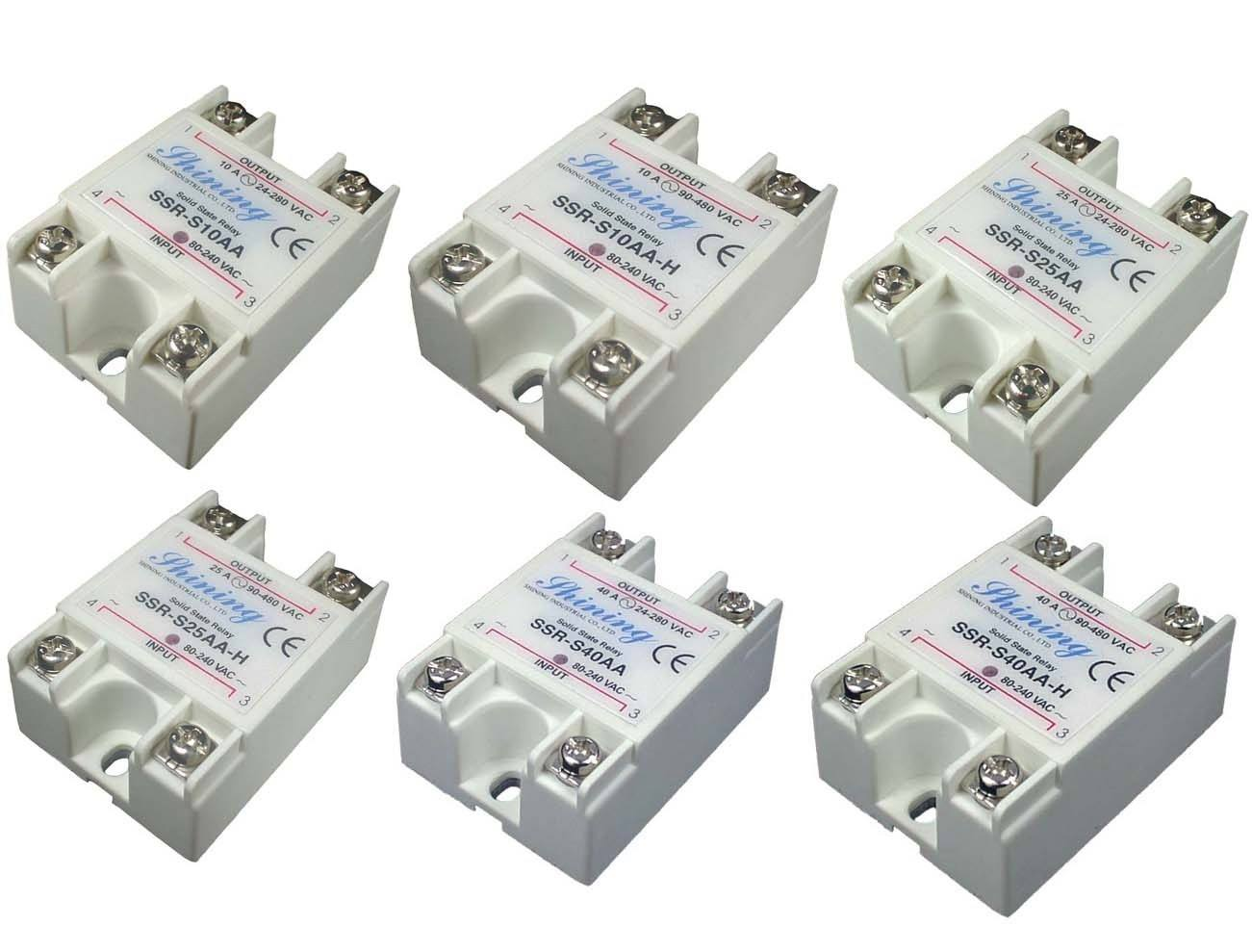 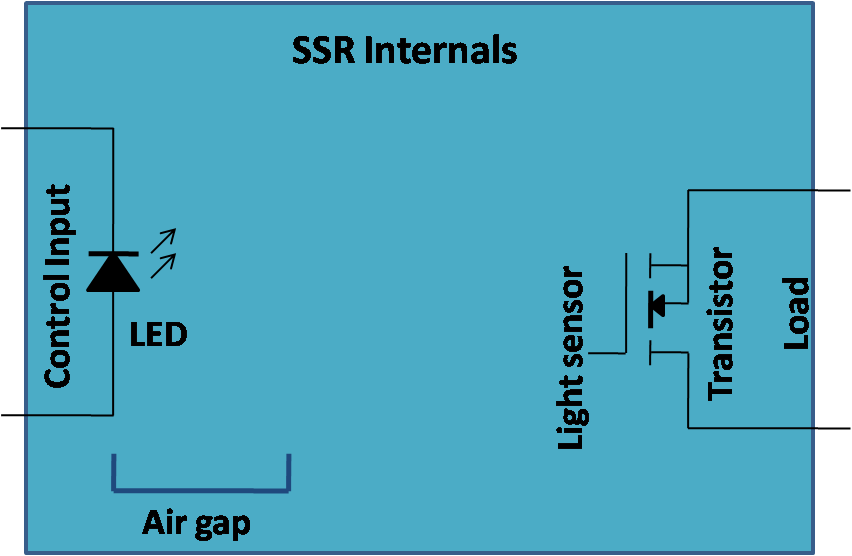 Unlike electromechanical relays, solid state relays have no moving parts which make them easier and faster to switch on and off. Besides issues such as sparking between contacts and contact corrosion never happen in solid state devices.

The output device (SCR or TRIAC) in the solid state relays is a thyristor. The inherent hysteresis of this thyristor maintains the circuit continuity even if the LED is de-energized. And this will continue until the current falls below a threshold value which is called holding current. This will avoid the circuit breaking in the middle of a sine wave peak.

Powered by Convert Plus