Both the IoT gateway and IoT node has ESP32 chip as the main controller it has both Bluetooth (BLE) and WiFi inbuilt so in its default form, both Gateways and Node can be communicated through either of these two protocols. To extend the range and reachability, we can use the GSM module or LoRaWAN. 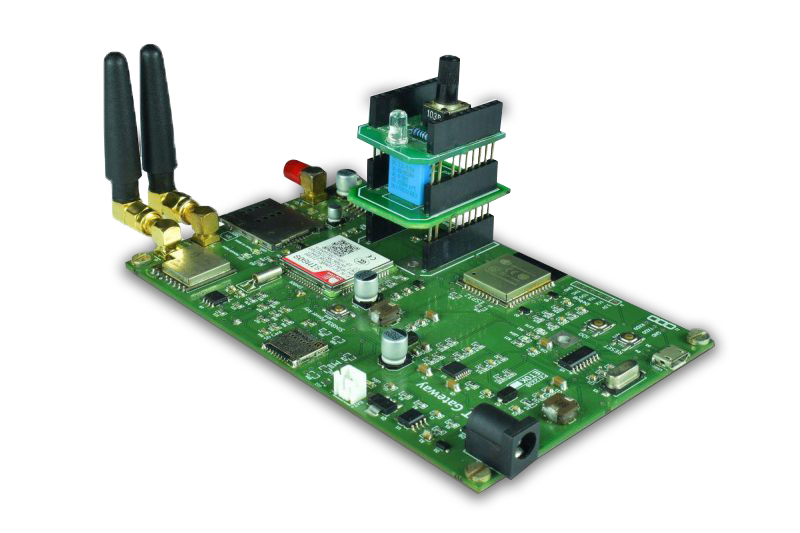 IoT node will work alone and transmit the data to the gateway. It has two external buses for the QuickInsert modules, it can either be two sensor module or one sensor module and one communication module such as LoRa, ZigBee, GSM/GPS, NFC etc. 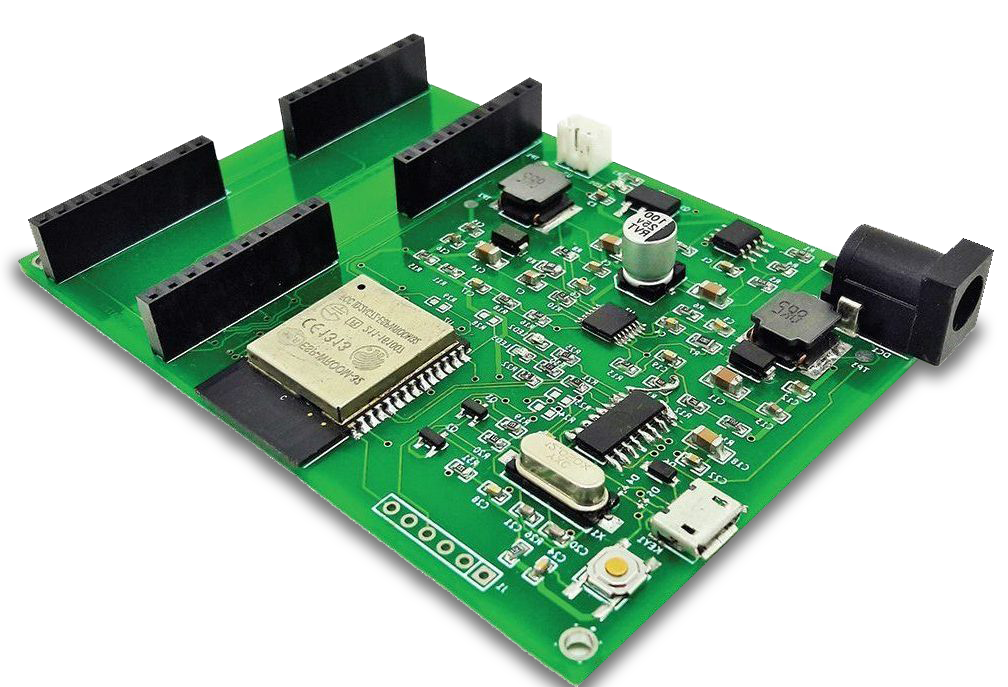 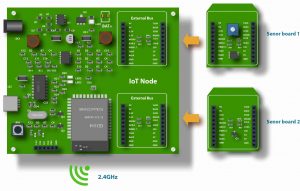 The IoT development kit has an option for adding Li-ion/LiPo battery to enable the Gateway & nodes to be portable. So that, it can be used in remote applications, where the power source is not available.

The IoT development kit supports low power 10KM line of sight communications for the nodes to the gateway using LoRaWAN modules, which is important in remotely placed applications without connecting to the internet directly and without making transmission costly.

The IoT development kit supports both official IDEs as well as Arduino IDE for firmware development. Libraries and example codes available with Arduino IDE are more useful for kickstart design from beginners level.

IoT devices need cloud dashboards for managing, controlling and monitoring purposes. The IoT development kit can be interfaced to different cloud connectivity options including large-scale providers like Amazon AWS, Google Cloud, Microsoft Azure and others medium scale providers. For example, we can use mydevices.com, a simple to use IoT cloud solutions with free usages for development and applications for smartphones. A secure OS is running on the processor, and it supports JavaScript and C/C++ programming and has inbuilt support for different cloud services including Amazon AWS, Google cloud platform and generic MQTT/Restful. With the generic Restful interface, we can connect to some web services for triggering one application by a specific event giving inputs.