Liquid crystals are substances which exist in a state between a solid and a liquid. When solids are heated up to a sufficient amount of temperature they assume the state of a liquid crystal which can be termed as a quasi-solid state. As in the case of a solid substance, the liquid crystals maintain their orientation but is capable of moving around in different directions. If we apply a little more heat to the liquid crystal it changes it’s stated to that of a liquid.

Most of the character LCD module used in embedded systems are 16X2 and 20X4 displays. This means that the LCD displays can display two lines with 16 characters each and 4 lines with 20 characters each respectively. There are 14 pins for a character liquid crystal display module. 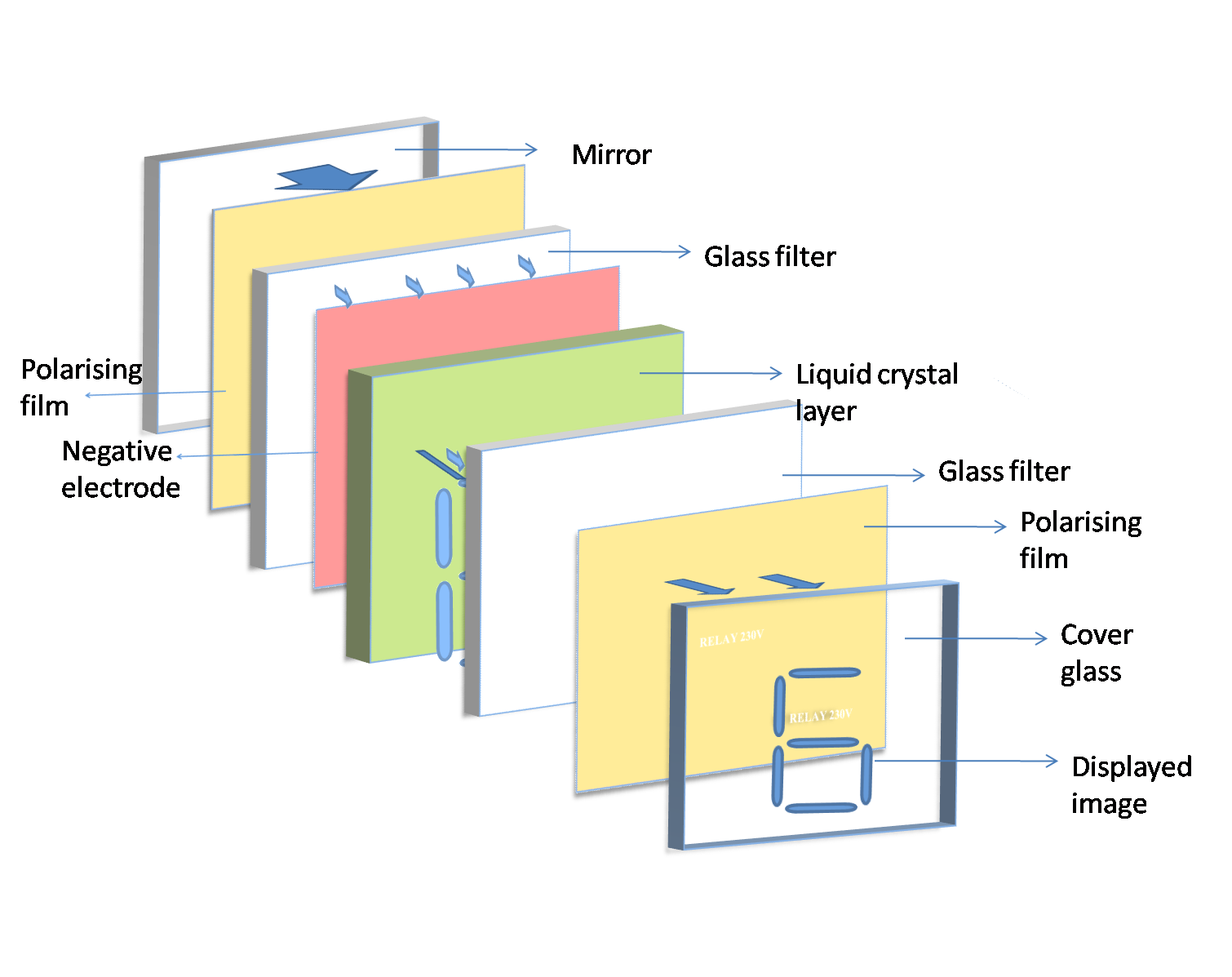 While constructing a liquid crystal display device, there are several important things that have to be taken care of. The crucial one among these is that the light used in the operation must be a polarised one. The applied current should be able to control the basic structure of LCD.

Working: LCDs work on the principle of blocking light. When a light beam passes through the liquid crystal molecules, the molecules tend to untwist and it causes a change in angle of the light beam as well as in the polarized glass filter. This results in no light to pass through a particular area of the LCD and this area looks darker.

Consider the situation when the light reaches the other piece of glass which is attached to a rectangular electrode on the bottom and a polarizing film on top of it. Consider that two pieces are kept in right angles. When the electrode is not connected to a battery, that is when there is no current supply, the light will be reflected by the mirror and bounced back. When the electrode is connected to a battery, the current supply causes the liquid crystal to untwist and this will block the light from passing through it. This causes the particular rectangle area to be appeared dark.

Ever since it’s inception, liquid crystal displays have been well-accepted among electronic equipment manufacturers. Character LCDs have already been a part and parcel of many day-to-day electric equipment and devices. The main reasons behind this high degree of acceptance are the low power consumption feature of the LCD devices. The LCD monitors are ultra thin and lightweight and can even mount on a wall. The applications range from simple calculators to sophisticated medical equipment. Many electronic devices which are being used at kitchen make use of character liquid crystal modules.

Advantages of an LCD

Disadvantages of an LCD